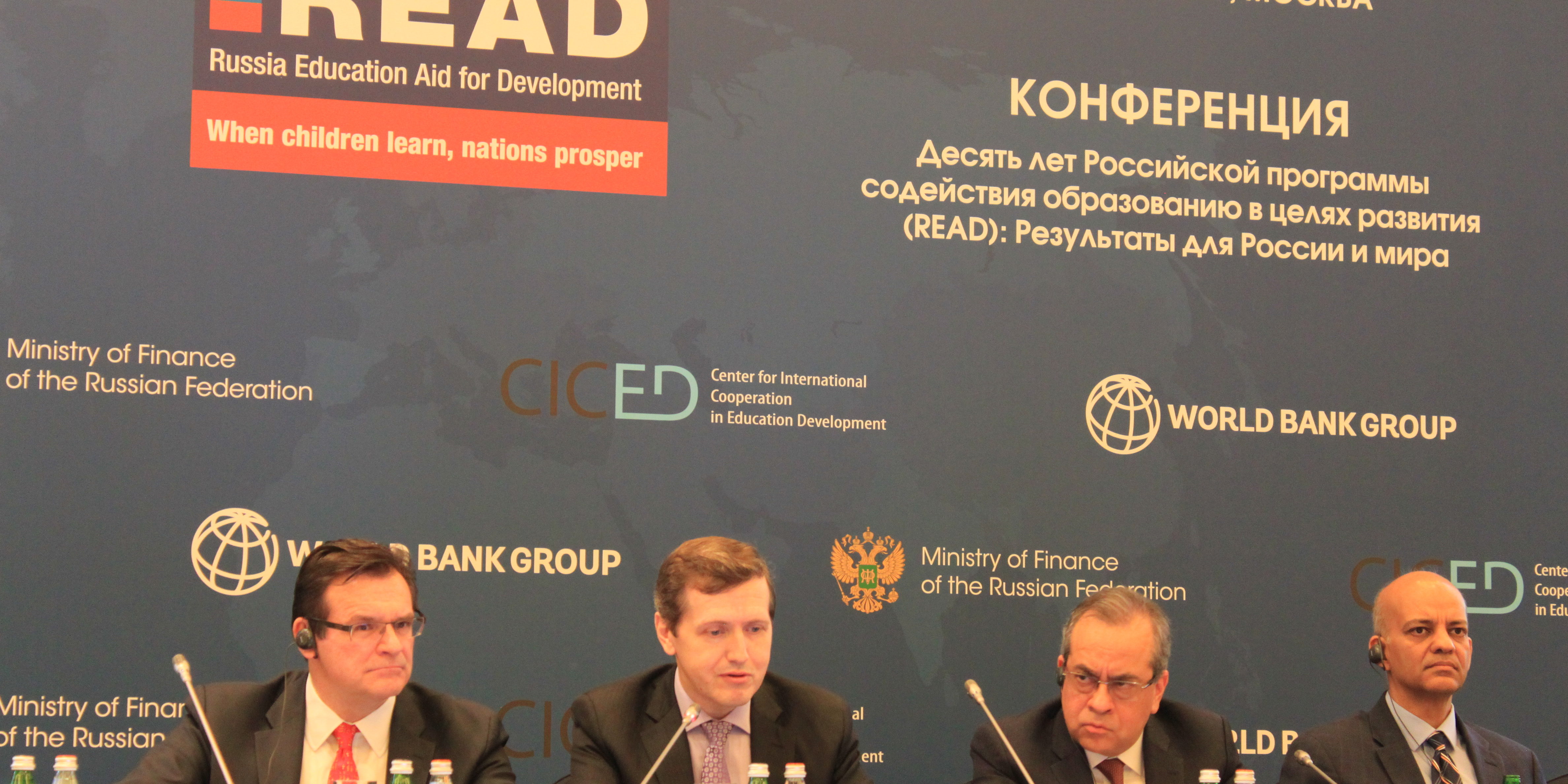 On November 6, at READ conference, World Bank representatives made presentations on how Russia Education Aid for Development (READ) program affects the development of education in the world and announced what World Bank plans to undertake in the future to improve it.

Introductory remarks were made by Andrei Bokarev, Director of the Department of international financial relations of Ministry of Finance of the Russian Federation, one of the initiators of the READ program. In his speech, he emphasized that READ program has become an example of effective cooperation between the Russian Federation, World Bank and partner countries, and served as a reference for similar programs in different areas. Concluding the speech he commended program’s participants for cooperation.

Apurva Sanghi, the World Bank’s Lead Economist for the Russian Federation, mentioned that READ program is a significant visionary move. From the very beginning, it pursued the aim of improving learning outcomes therefore fighting “learning crisis”, when children attend school but not learning. “READ program is an example of strong implementation of various instruments to support education development as well as effective coordination of its components” – he said.

Learning poverty was the keynote point of Jaime Saavedra’s, director of the World Bank’s Global Education Practices Department, speech. 53% of children in developing countries at the age of 10 cannot read and understand a simple text, while most of them have access to education. Jaime Saavedra in his presentation announced a new global target to reduce that number by at least half by 2030 and introduced a set of measures developed by the World Bank in order to reach it. In conclusion, he said that with initiatives like READ, we can reach progress in making changes in the classroom so that “learning poor” kids could have future.

Harry Patrinos, Practice Manager for the Europe and Central Asia region of the World Bank’s education global practice, spoke about the impact of READ on education development in the world and the role of the Russian Federation in education quality assessment. The READ program evolved drastically throughout its development: from working on technical issues in assessment to support of educational reforms in a number of countries. The Russian Federation has become one of the world leaders in developing learning outcomes assessment instruments. In frames of READ program, for example, an IC Literacy Test was developed, which is now used to assess students’ skills in various World Bank projects. Concluding his speech, Harry Patrinos emphasized Russian Federation potential for contribution in the field of education quality assessment.